A few weeks ago, a message went out to all the orthopaedic surgeons in Scotland asking for help in Malawi. A town in the north of the country, called Mzuzu, was going to be without an orthopaedic surgeon for a period of a few months as the current guy was moving on the and the replacement was yet to arrive.

World Orthopaedic Concern therefore asked if anyone would be able to go to Mzuzu to help cover the orthopaedic service for at least some of that time. The description was that they needed someone with a trauma background who could come for at least a few weeks and who would be willing to work in an environment very different to the UK system during that period.

Given that I am an orthopaedic surgeon with a specialist interest in trauma and given that I was born and brought up in Malawi until the age of 8, it seemed to me too good an opportunity to pass up. I spoke to my wife, Heather, who was very encouraging and said that I should definitely go (despite the fact that I’d be leaving her to look after three children on her own). My colleagues and the management team at NHS Lothian were remarkably supportive, and within a few days I was signed up.

So, I thought I would write a bit about my time in Malawi – a sort of diary/ blog. I hope it’s of vague interest. It’s aimed at a mix of my friends, so some orthopaedic bits, some less so, but hopefully all of it will give you a taste of what I’m up to! 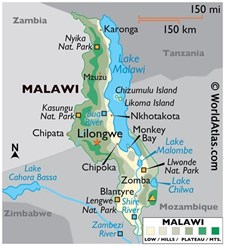 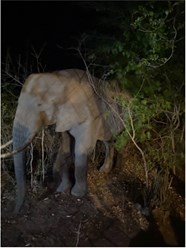