In 1914 the International Congress of Public Heath met in Edinburgh and highlighted the need for a local specialist hospital for children with musculoskeletal disorders. Prior to this there were no such facilities in Scotland and in 1925 an executive group was formed to raise the £96,665 required to build a hospital of 75 beds to service Edinburgh, the Lothians and Borders.

An ideal site for the hospital was identified in Fairmilehead and designs advanced rapidly and the foundation stone was laid by HRH the Duchess of York on 1st August 1929. The plans purposely included open-air wards as these were favoured then in the nursing of children with musculoskeletal infection. 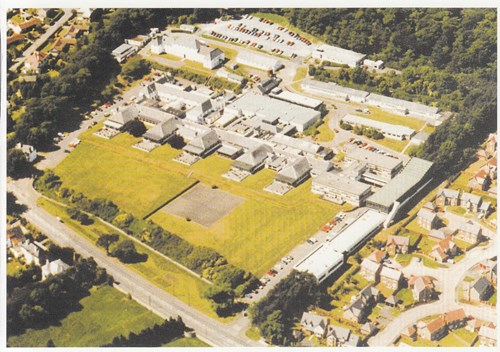 The appointment of William Alexander Cochrane to the post of surgeon to the hospital ensured that a leader with initiative, dedication and a specialised training would be in charge. After graduating with first class honours, Willie Cochrane served as a Captain in the R.A.M.C. (1916-1920). He was wounded in France in 1917 and was posted to the Edinburgh War Hospital, Bangour, to work under Sir Robert Jones and Sir Harold Stiles. During the last 15 months of his service there he was in charge of 100 surgical beds and performed all the operations on patients under his care. He secured the post of Surgeon to the Fairmilehead Hospital at the age of 37 giving him the opportunity to put into practice the ideas learnt from Sir Robert Jones, who believed that much musculoskeletal disease was preventable and virtually all patients could benefit from treatment. Cochrane realised the importance of integrating peripheral clinics to a central unit of developed orthopaedic skills and he developed a network of such clinics extending throughout South East Scotland with Fairmilehead at its centre. 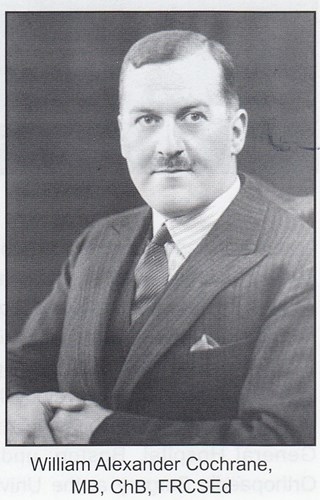 Patients were admitted on 29th June 1932 although the official opening did not occur until 20th June 1933. The first patient, an eight year old boy with osteomyelitis, remained in the hospital from June 1932 until November 1933. The clinical load of the hospital progressively increased and children from birth to 16 years were treated for congential deformities, poliomyelitis, rickets, tuberculosis of bone and joint, osteomyelitis and postural deformities. By 1937 the hospital was preparing to open another ward, extending the beds to 125. Mr W Veitch Anderson and Mr R I Stirling had joined the staff and Cochrane had been appointed to the National Advisory Council for Scotland. Concerns for the children exposed to the elements eventually led to glass screens being built across the ends of the wards. At the outbreak of war on 3rd of September 1939, children in the hospital were evacuated and provision was made for the admission of civilian and military casualties. Although adults were treated during the war it later reverted to being a children’s hospital.

Cochrane’s untimely death on 30th November 1944, at the age of 51, deprived the hospital of its pioneer, the first full-time orthopaedic surgeon in Scotland. Work continued under the supervision of Mr R I Stirling and Mr WV Anderson who pioneered many developments in particular leg lengthening techniques and an increasing amount of cerebral palsy came to the hospital with the appointment of Mr G A Pollock to the staff.

When Professor Jip James was appointed to the Chair of Orthopaedic Surgery at Edinburgh University in 1958, adult elective orthopaedics was still based at Edinburgh Royal Infirmary however ward and theatre facilities were becoming increasingly dated and James identified the PMR as the key to the future of Edinburgh Orthoapedics. The name Princess Margaret Rose Orthopaedic Hospital was adopted as adult surgery became the hospital’s increasing concern.  James established the Clinical Research Unit in 1965 and this was opened by HRH Princess Margaret. The 1960s also saw the development of the specialised prosthetics department which serviced Scotland and Northern Ireland and eventually developed into the bio-engineering unit. 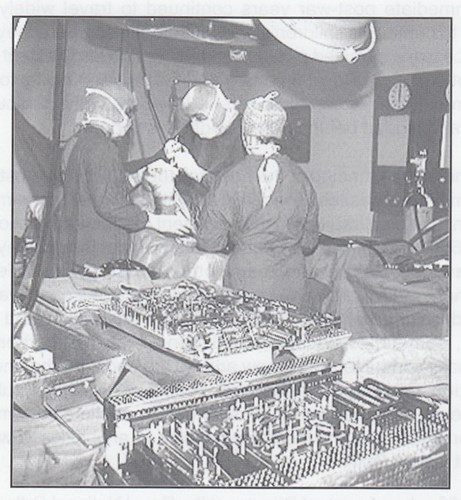 PMR in the late sixties and seventies was a showpiece of developing specialisation within orthopaedics – Douglas Savill and Willie Souter in rheumatoid surgery, Douglas Lamb in hand surgery, Jip James in scoliosis , George Mitchell in hip dysplasia and George Fulford in cerebral palsy. At the end of his tenure in 1979 James noted that centres like Edinburgh, Oxford and Exeter, which had an orthopaedic hospital near the parent city, were immensely advantaged in contrast to centres which were part of a general hospital and that Edinburgh should long continue to be an orthopaedic centre of exceptional opportunity.

Sean Hughes was the Chair of Orthopaedic Surgery from 1979 to 1991 and he established a research laboratory focusing on investigating microcirculation in bone and the process of fracture healing. Hughes was succeeded by Bill Gillespie, who twenty years previously had worked as Jip James lecturer before his career took him to New Zealand and then Australia. Returning to PMR in 1993 Gillespie noted that the patient profiles had changed a bit, with fewer children and more joint replacements but familiar faces were everywhere and the culture in the hospital hadn’t changed at all. The PMR eventually closed its doors in 2001 with adult elective orthopaedics relocating to the New Royal Infirmary at Little France. 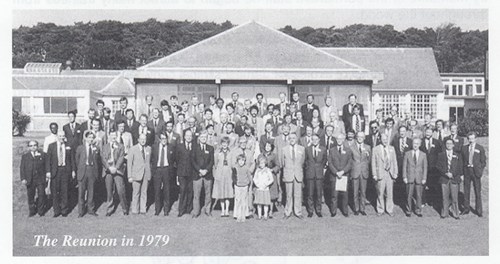